The meaning of friends is special in Korea

The definition of a friend is an acquaintance or a favored companion.  This is in English definition, and the definition can be varied in each cultural background.  Here we are going to learn about Korean definition of friends. 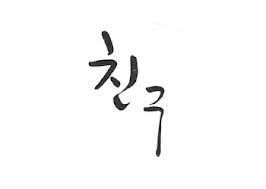 
The Korean word ChinGoo itself means an 'old friend'.  In other words, you have to know the person for a long period of time, and maintain a good friendship.  This is the usage for serious relationship.

What makes the meaning of friends in Korea special is the casual, light relationship.  In this case, the usage of ChinGoo is only depends on the biological age.  For instance, if two persons are born in the same year, they are friends.  Even if they meet for the first time, if their ages are the same, they are friends.  Moreover, sometimes they use this term for the people they have not ever met before.  Rather extraordinary?  Yet this is how Koreans use the term ChinGoo in everyday life.

This excessibe emphasis of caring about age is originated from Confucianism.  In Confucianism, age and social status are very important.  The young have to respect the elder, and the elder should take care of the young in the teach of Confucious.  The weird truth is Confucianism is from China, and Chinese people do not care about age as much as Koreans do.

Anyway, age is very sensitive issue amongst Koreans.  Even foreigners who have lived in Korea, and made friends with Koreans care much about age.  These foreigners, including the Western people, consider the term ChinGoo exactly the same as other Koreans do, even between themselves.  So, if you meet a Korean for the first time, and hear that 'We're friends.', do not be alarmed.  It means nothing more than you and the person are born in the same year.  Of course, you actually can make an old friend with the person in the long run.


* Source of Picture
1. blog.naver.com
Posted by Packers Express at 7:31 PM