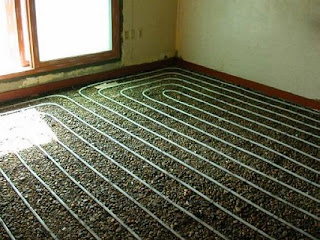 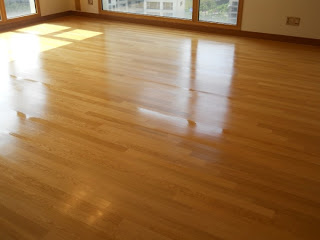 When people think of Korean food, the first thing comes up would be Kimchi.  It's that famous and popular.  Kimchi is very spicy and smells strong that many people have hard time trying it for the very first time.  Yet once people get used to the taste and smell, they get fond of it, and would not eat Korean food without it.

These are some of the examples of Kimchi: 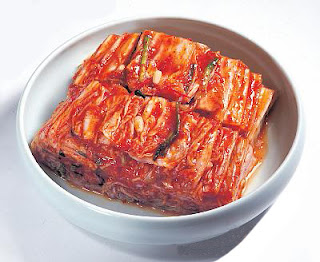 <Picture 1 : Baechoo Kimchi, 배추김치>
The most common form of Kimchi 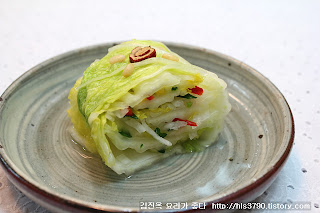 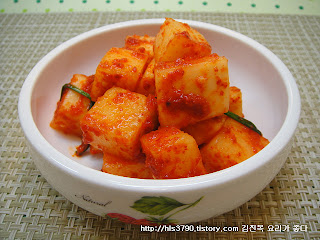 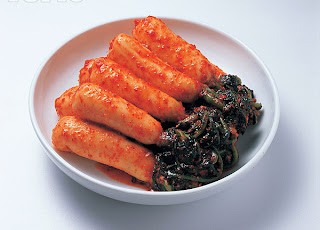 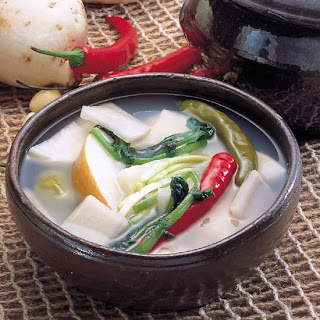 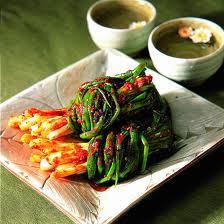 
Thanks to its various forms and tastes, each type of Kimchi is served in different occasions and times.  Such as Dongchimi in Picture 5 is served in hot summer days with a little bit of ice on top.  Kakdoogi in Picture 3 goes very well with beef broth-ed soup called Sulungtang.